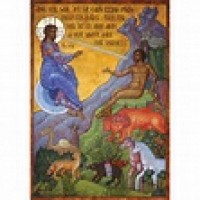 What does it mean to be human?  Humankind was created "male and female."  Humans were not created to be alone, but rather to be part of a community.  The first community that we find in Scripture after God Himself is a trinity of God, the husband and the wife, with God the binding tie and origin of life and grace for the other two.  Directly after God says "Let US make man..." we then have the community that God creates "in OUR image."  Man, humankind, was created "a living soul" from "the dust of the earth."  Literally, this is true, we are made of stardust, as science now tells us but Scripture told us long ago.  This "dust of the earth" we call a body, and we find in the Ecumenical Councils a repeat of the definition of Scripture, where it states that Christ truly and fully became human by assuming as His own a "body animated by a rational soul."

When speaking of individual persons, most often Old Testament Scripture often uses the term "man" (human) or "men" as the term not only for humans, but for all those who appear in a human form, including angels, and even manifestations of God Himself.  Another term would simply to be say the number, i.e. "one like the Son of Man," in this case, "one" meaning "person."

Scripture usually uses the term "man" or "men" to mean persons.  It uses the term for any rational person, including appearence of angels.

St. John of Damascus (2.12) states that the human was created as a "microcosm within the macrocosm," being fashioned of visible and invisible components after God's image and likeness (to which he seems to equate the soul with the image and body with the likeness, the latter being that which can accomplish divine virtue).

As we know, however, Scripture is multivalent, revealing several levels of truth at one time.  Therefore, we also see another meaning to being made "in the image of God," found within the first chapter of Genesis.  There we have God the Father speaking to the Logos (Word) and Pneuma (Spirit) saying, "let us make man in our image..." and then the phrase:  "in the image of God created He him; male and female created He them."  Thus the Creator, Adam and Eve make a trinity, revealing that every human relationship would be in twos with the Lord as the origin in time and binding tie of the other two, reflecting the eternal Trinity, where God the Father is the eternal origin and binding tie of the Son and Spirit.   But a further specificity is also revealed, for as we know from the dispensation of the eternal Covenant, the Logos (God the Son) is the Image of God.  That humankind was created in Him reveals that the Logos, Adam, and Eve make a trinity, reflecting the eternal Trinity.

Yet in Genesis 2 we find further applications, as St. Gregory the Theologian points out, Adam, Eve, and Seth, where Eve proceeds from Adam but Seth is begotten, yet both have an origin in Adam.  Yet one might object "but the Son is not begotten of the Father and Spirit, but only of the Father, yet Seth was begotten both of Adam and Eve."

But here is where we truly the see salvation history from the beginning in the multivalent truths of Scripture.  The Messiah would come through the line of Seth.   Adam, Eve, and Seth reflect the future reality of the salvation of the human race in the Incarnation of Christ, where God the Father would send the Spirit to Incarnate the Logos.

Read this work on the Anthropology of St. Gregory Palamas

Saint of the Day
Our Holy Mother Paula of Rome (404)

Our Father among the Saints Gregory the Theologian, Archbishop of Constantino...

Julian Saint of the Day

The above audio readings are provided by AFR and are based on the Orthodox Revised Julian Calendar because a majority of Orthodox jurisdictions (and the largest three in the US) follow the RJC.  There are no audio readings based on the old Julian reckoning of the Menaion.

The Orthodox Calendars (both Julian and Revised Julian) are both the same with regard to the Octoechos, the Lenten Triodion, the Pentecostorian (Flowery Triodion).  The only difference is that observation of the Menaion (currently 13 days apart) and "shifts" that occur with regard to the Menaion (such as Lucan jump, and when major feasts fall on a particular day).

Give to God What Belongs to God!

Powered by Orthodox Web Solutions
About

Our Faith
Our Ministries
Our History
Our Liturgy
More...